I’d like to share a few commissions I’ve done in the past and recent, as well as some background on them.

When I first started doing professional art commissions in 2008, most of the jobs came through online contacts. Then, as word of mouth traveled, I began getting a few local jobs here and there. 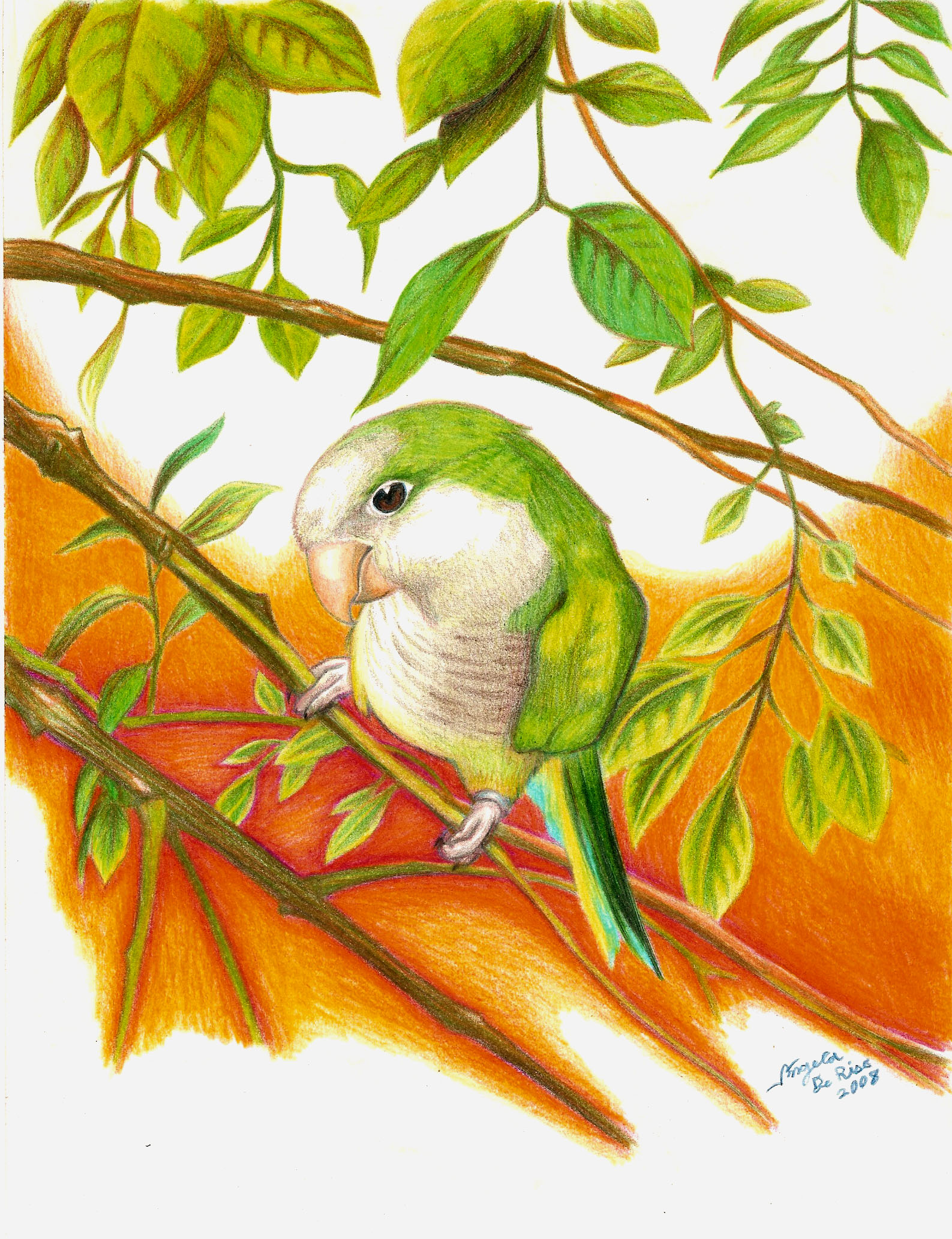 This was one of the first. I received this request from an online parrot forum. The owner of “Pickles” wanted a portrait of her quaker parrot, and she supplied an image of the bird perched among some branches. I took artistic license with the rest of the colors. 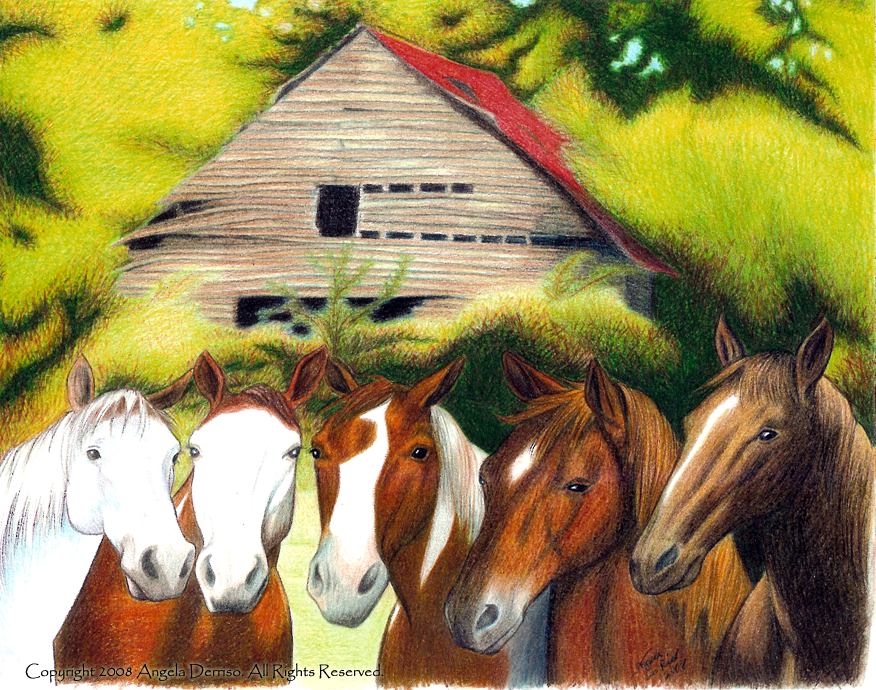 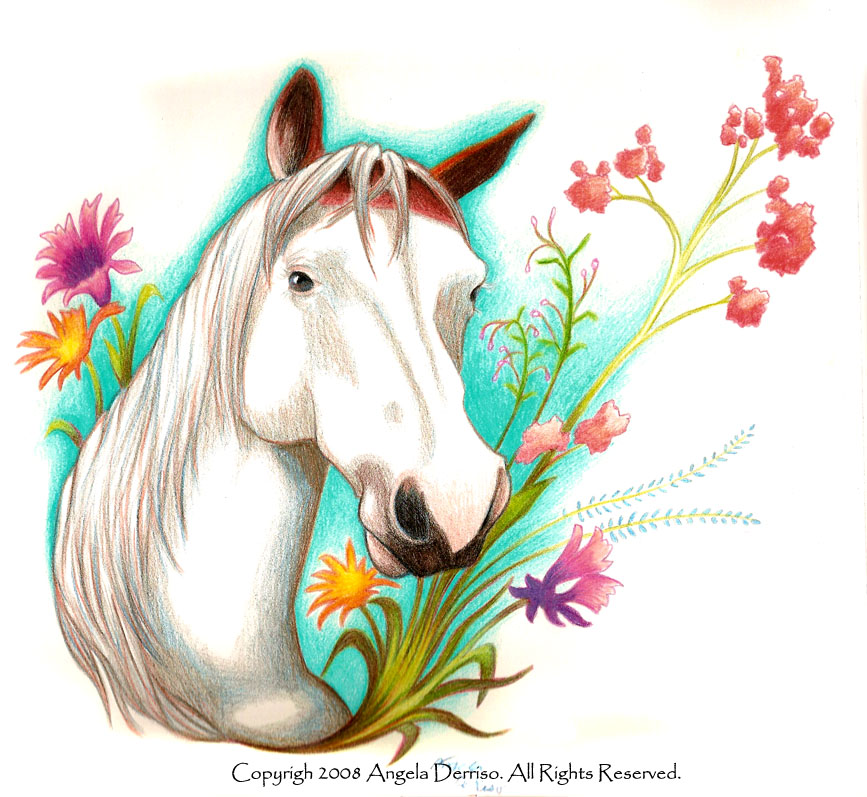 These two pieces feature a family’s horses and a very old barn on their property. One horse got his own portrait. I actually went out to the family’s home and visited the property and horses to get good photos to work from. The horses were very beautiful and charming in person. These pieces were given as Christmas gifts that year. (2008 I believe.) 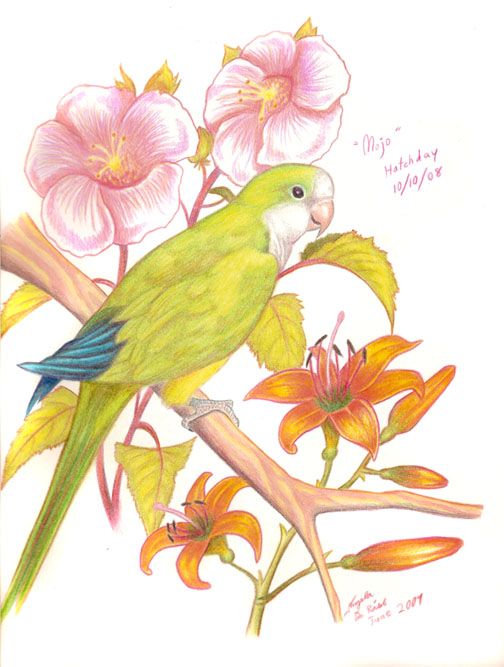 Another pet bird portrait requested from an online forum member. This client wanted day lilies and hibiscus flowers in the background, as well as the bird’s hatch date. 9″ x 12″ on bristol board, 2009. 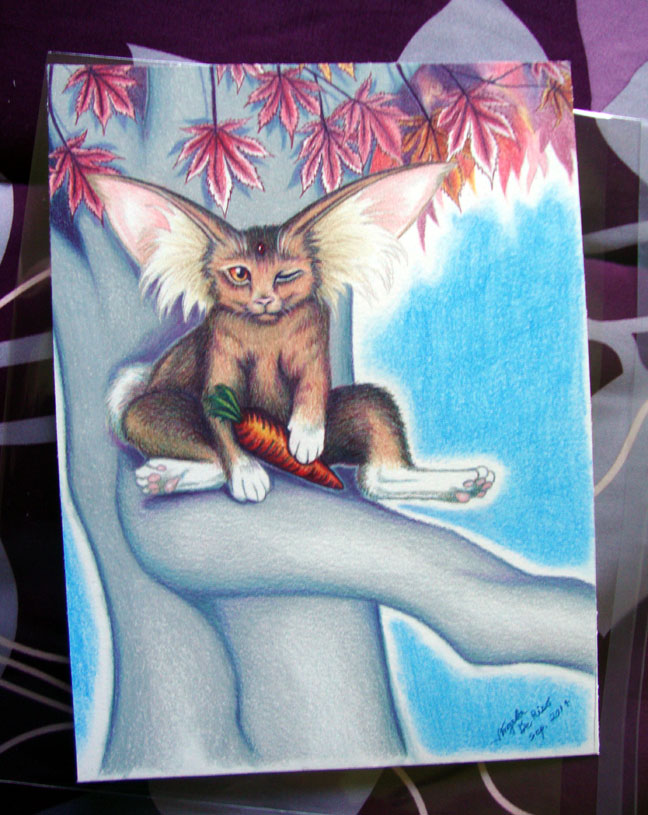 This commission was one of my more unusual requests. An old friend from high school wanted a piece with a character from a Japanese anime series called “Tenchi Muyo”, that we both used to watch. He asked for the character to be in a certain pose and appear more realistic. I added the suggested maple tree. 5″ x 6″ on bristol board, 2014. 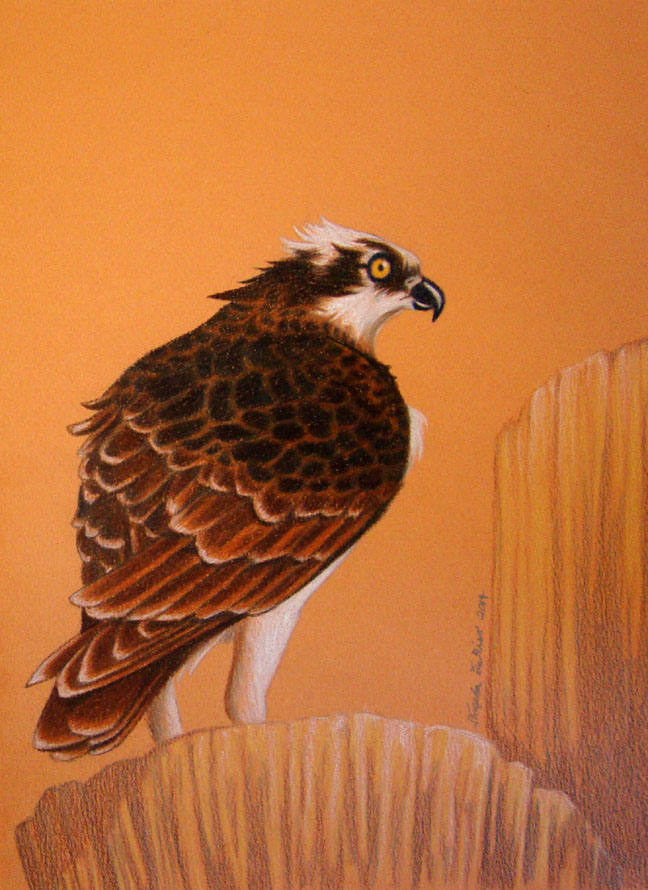 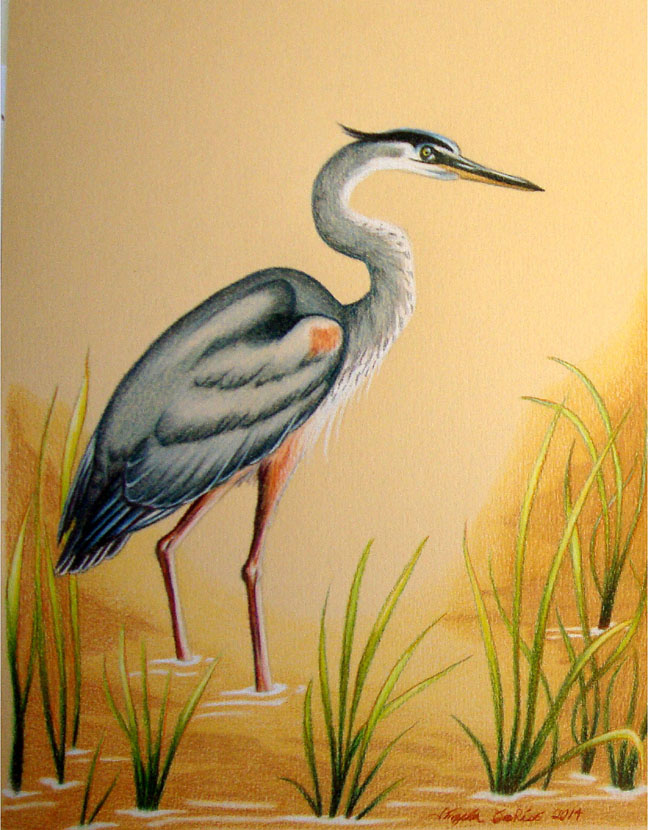 These two pieces were done for a client wanting Christmas gifts for his children, who are fond of these two bird species. Both were done on 9″ x 12″ colored pastel paper, 2014. 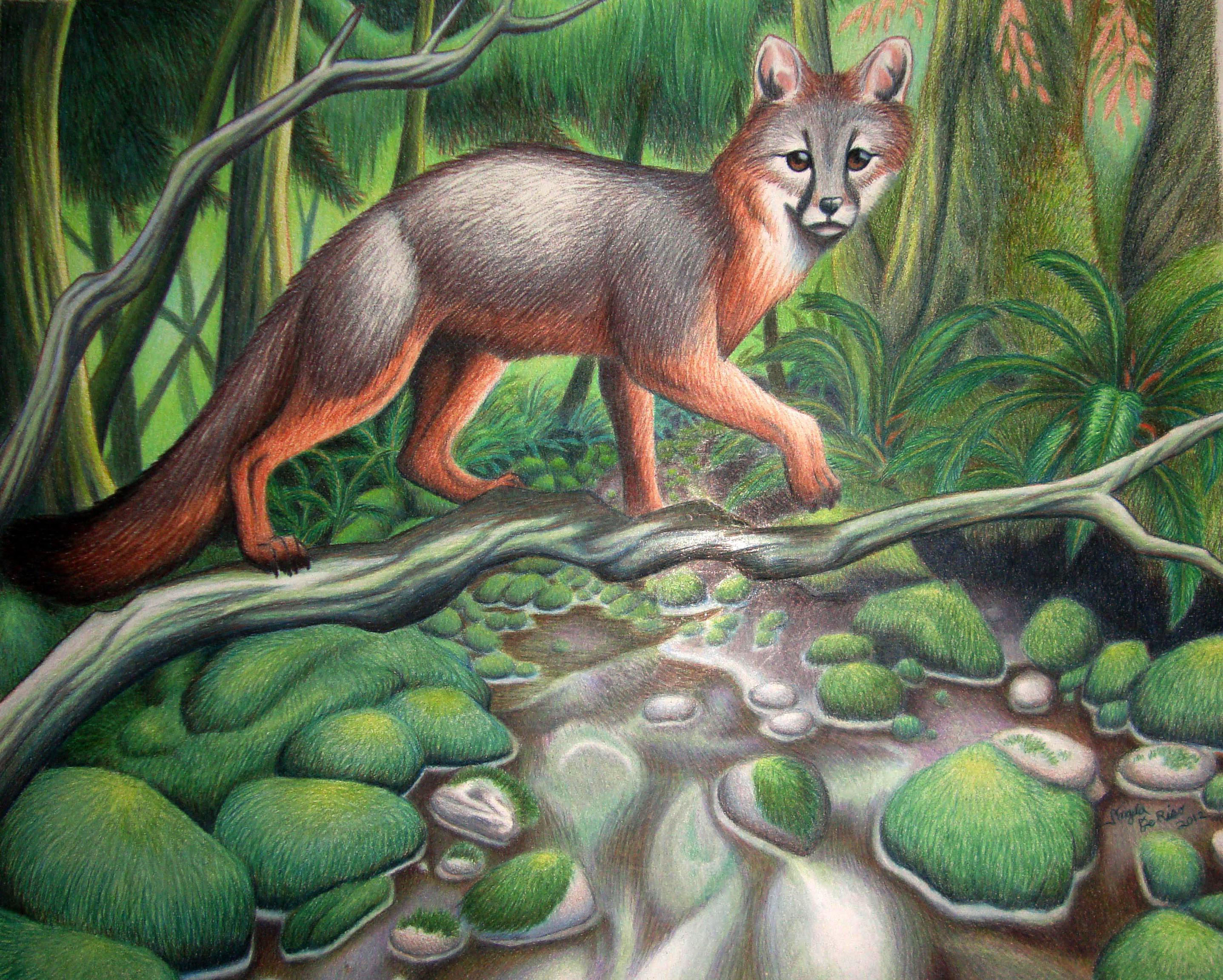 This piece was done for a neighbor who had a frame and requested something to fit just right. He wanted a gray fox in the woods, so that’s what I gave him.  15″ x 16″ on bristol board, 2012.

Next post will have my photos of the CRAFT ART Festival in St. Pete, Florida! Stay tuned!