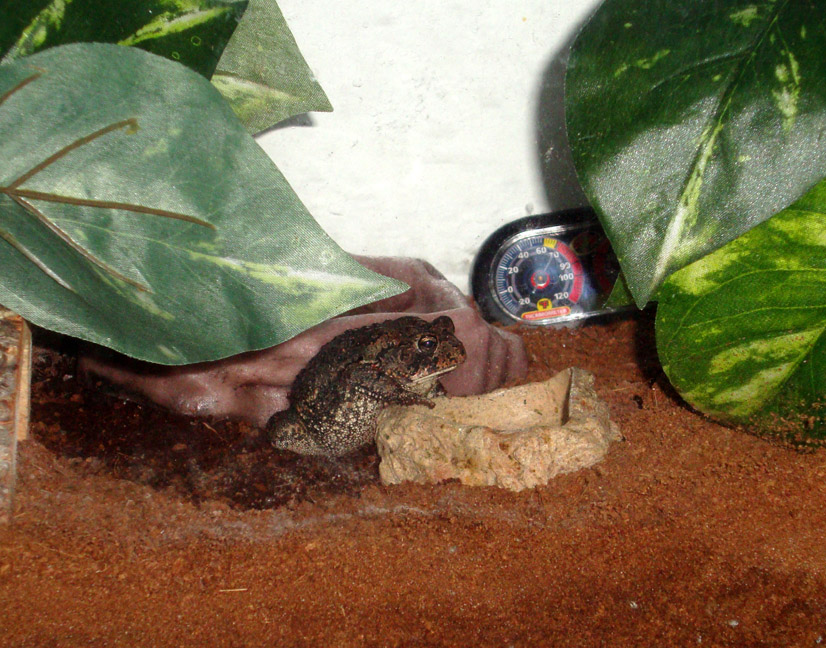 Squirt has been somewhat inactive during this winter. He has eaten very little and lost some of his previous weight. This is actually pretty normal for toads during this season, but it still concerned me. Having a pet that refuses food for more than a month or two isn’t something I’m used to. I’m still learning with him though, so it’s experience.

The above photo was taken during one of his nightly feedings. Don’t remember if I put waxworms or mealworms in the food dish, but he sat there like a very civilized toad eating dinner. 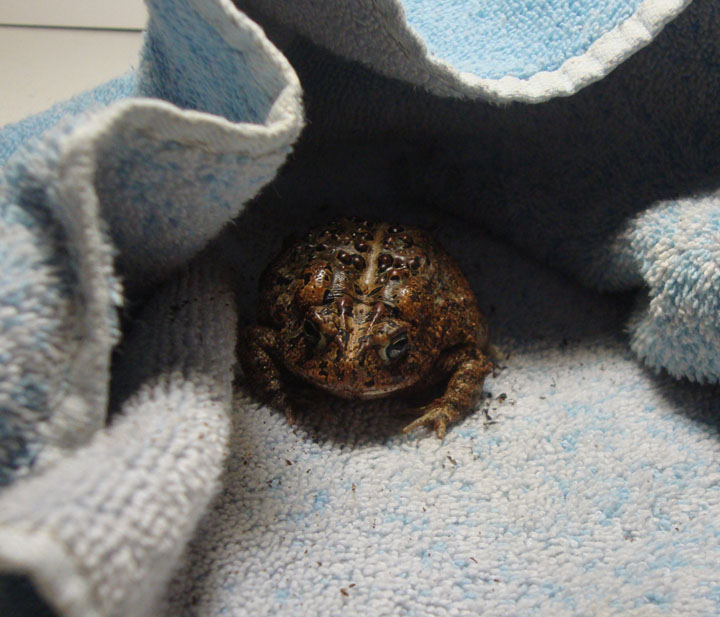 He has grown significantly since the first day I encountered him. At last measurement, he was 2″ from snout tip to vent. I’m still not sure what sex he is. He does appear to have “nuptial pads” on his front feet, which is a trait of males. But I’m not sure. Male Southern toads are said to have dark throats, which Squirt doesn’t have. I’m not clear on whether or not that is a coloration that appears only during mating season and then fades for the rest of the year. I know males are a bit smaller than females also, and I’m guessing the females are the record holders for the 4″ adult size.

Like most toads, he doesn’t much care for handling. If I have to soak him, or feed him certain types of live food, I handle him as gently as I can. We do have a routine, and I think on some level he understands that him coming out of his tank means either food or soaking. Of course, he isn’t always agreeable. I can’t blame him.

Sometimes he is pretty calm if I just leave my hand steady in one place, and stay very still. He has on occasion walked around on my drafting table and had a look around. I feel he deserves a chance to explore a little, and at some point I’d like to set up a better habitat for him. I would like to have live plants to add a more natural feel for him. 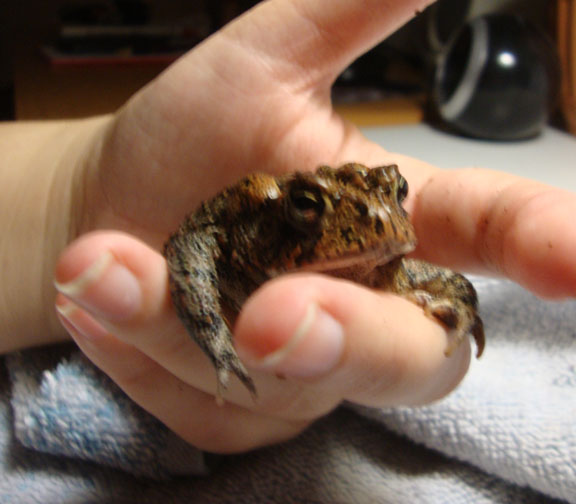 I need more room to add a bigger tank, and right now I just don’t have it. Sometimes I’m not sure if he wants to move around too much because of his handicap. I see other toad tanks people have set up, and I feel envious. I want to make sure Squirt is comfortable however he is housed and fed. Just want to do the best I can. 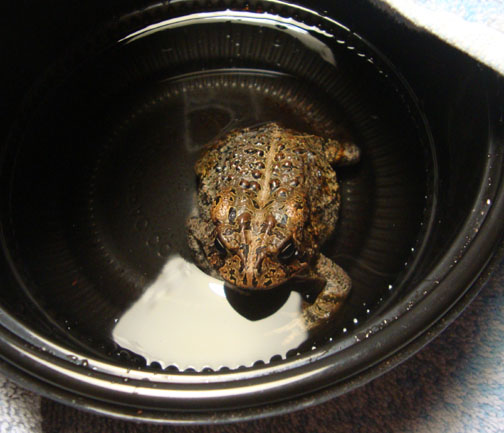